The wait is finally over! Today, Dutch Wonderland announced that their highly anticipated Merlin’s Mayhem coaster will take to the skies on April 28th. Merlin’s Mayhem is the first suspended coaster built by renowned manufacturer S&S. It was was originally scheduled to open in 2017, but some minor teething problems forced the park to postpone of the ride’s opening, until those issues were corrected. 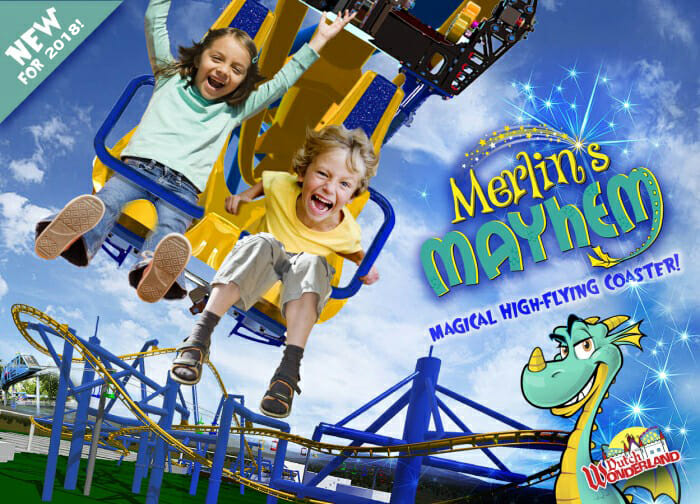 Standing 60 feet high, and having a length of 1300 feet, the ride will be the largest investment in the park’s history. This is the third coaster added by the park after Joust (Chance Big Dipper) and Kingdom Coaster (the first CCI coaster). 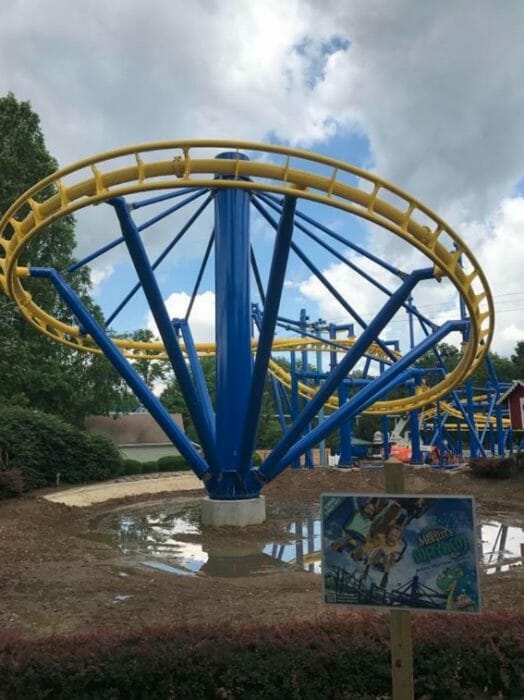 Guests are given a chance to soar through the sky with Merlin to find his beloved dragon. As soon as guests enter the queue, they are immersed in the story of how Merlin found Mayhem and the bond between a magician and a dragon. Merlin asks guests to join him on the quest to find Mayhem. With the wave of his wand, Merlin makes an enchanted flying machine appear for guests to board.

The coaster itself has an extensive backstory, as described by the park:

“Merlin the Magician ventured through the caves of Dutch Wonderland. While on his voyage, the light from his wand illuminated what seemed to be a large purple circle. As he drifted closer, he noticed that this large purple circle was in fact a very large egg!  Larger than any egg he had ever seen!

Merlin brought the egg home and kept it safe and warm, until one day the egg began to hatch! Out popped a bright green dragon! Merlin immediately became best friends with this dragon, but he couldn’t think of a name that fit him. Over the next few weeks, the dragon was found playing with Merlin’s wand, misusing his fire-breathing skill, and causing all sorts of mischief.  Because of all of these mishaps, Merlin knew just what to name him… Mayhem.

Mayhem was growing up to be a very friendly dragon, yet always seemed to get into trouble. Merlin taught his dragon many different tricks, fire breathing skills, and even how to fly. One day, Merlin was demonstrating a magic trick when Mayhem took off into the sky! Merlin tried to catch him, but he disappeared into the distance.

Merlin needs everyone’s help to find his best friend, Mayhem! Join Merlin on a magical journey through Dutch Wonderland on this high-flying coaster, Merlin’s Mayhem, to find our mischievous friend.” 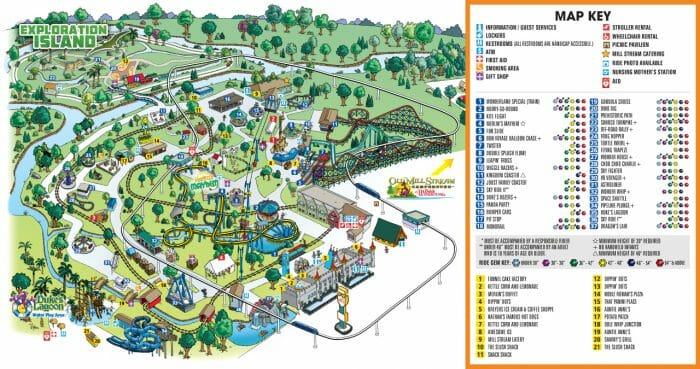 The trains on the new coaster can hold 20 passengers per cycle. To ride, each passenger must be over 39 inches tall to ride.  The cars were displayed by S&S in the 2016 IAAPA Trade Show.

Dutch Wonderland has released this promotional animation showing the ride in action. 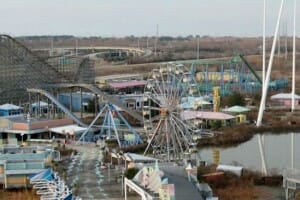 Abandoned Six Flags New Orleans Might Be Sold or Auctioned

The deteriorating former Six Flags park has sat empty and[...]

Over the past few years, Fun Spot America in Orlando has[...]

Mantis Gets Squashed At Cedar Point In 2015

After months of rumors and speculation, Cedar Point has officially[...]

A sneak peek look at the Snake River Expedition bo

‪First Look at some animatronic figures that wil