In a somewhat quiet move, Busch Gardens officially closed it’s Tidal Wave water ride on April 10, 2016. This was a move that has been rumored for quite some time.

We received official confirmation from the park that it is indeed closed, and the attraction has been removed from the Busch Gardens Web site. Busch Gardens has not announced what, if anything, will replace it yet. While Busch has not given an official reason for the closure, it can be easily assumed that, much like Gwazi, the ride was difficult and expensive to maintain, and it suffered low ridership due to its location. Also, just like Gwazi, the ride will sit untouched until it is determined what will take its place. Tidal Wave’s queue is also used for a haunted house during the popular Howl O Scream event in the fall.

Tidal Wave opened in 1973 as the African Queen Boat Ride. Back then, it was similar to Disney’s Jungle Cruise, with animals and an employee on each boat. In 1989, it was transformed into Tidal Wave, with the lift and drop added. Some of the African Queen Boat Ride scenery was never removed. In fact, right before the lift, riders could see where the ride made a turn to the right back in to the station. Riders would get absolutely soaked. If someone didn’t want to ride, he or she had the opportunity to stand on the splash bridge behind glass walls to stay dry. 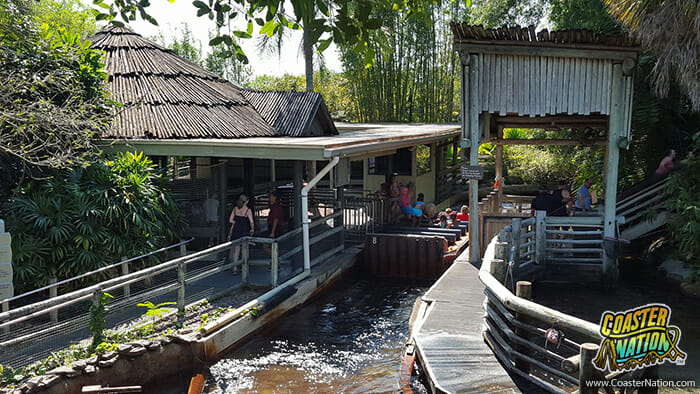 The attraction page for Tidal Wave has been removed from the parks website, and the official park map has already been updated with the ride being removed.

We will continue to keep you updated with any demolition updates or anything else that happens around the Stanleyville area. Stanleyville will not be due for a major attraction in the foreseeable future. SheiKra was added in 2005, and there are other areas that deserve attention first, such as Bird Gardens and the Gwazi site.

Busch Gardens Tampa has an exciting new roller coaster (Cobra’s Curse) opening soon as well as many other upcoming events.

The best way to experience Busch Gardens is to purchase an annual pass. Guests can visit Busch Gardens Tampa as many times as they want for as little as $168 which includes parking and discounts. Pass members receive 30% off the Animal Care Center tour in the month of April, a free game card in May, and Cobra’s Curse merchandise and the preview in June. 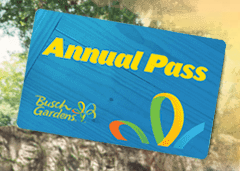 If you purchase a Platinum Pass good for multiple SeaWorld Entertainment parks, the perks are slightly different depending which park is considered your “home park”. For example in 2016 Busch Williamsburg is offering their Platinum Pass holders one free friend ticket per season (spring, summer and fall) with active membership. Visit the official Busch Gardens Websites to compare the perks by clicking here.

For tickets, and more information about Busch Gardens, visit the official website by clicking here. 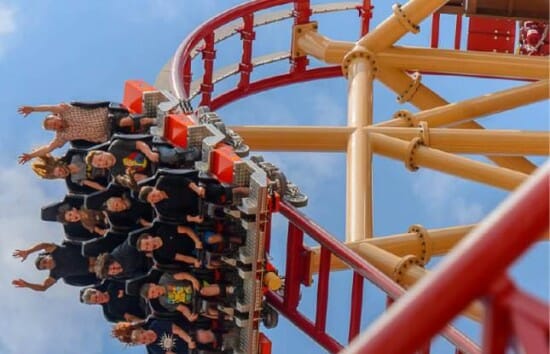 Cannibal at Lagoon Park in Farmington, Utah has officially made[...] 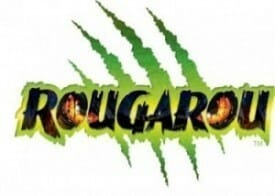 Rougarou is starting to wake-up and show us some of[...] 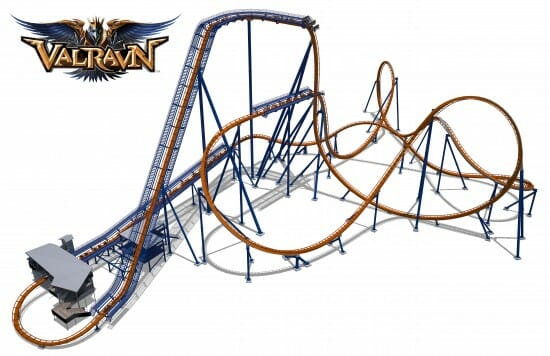 The day has finally arrived and the rumors were[...]


This is the original design concept for the cars t

Starting on May 29th, #kingsisland will hold the A

Construction continues on the #JerseyDevil single

Here’s a neat construction photo of the Loch Nes

Take A look inside The Abandoned Six Flags New Orl