Since last August’s announcement of Cedar Point closing Mean Streak, not much more has been said about details of the ride. There’s been A LOT of speculation about Mean Streak but the only facts we actually have are that Rocky Mountain Construction (known as RMC) is doing a rehab on the ride, converting it to a hybrid machine – and two short teasers that were released by the park. Other than that, all lips are sealed as major construction continues at the former Mean Streak site.

Today, we took a quick stroll past the Mean Streak site to check out any progress. There’s plenty of track in place including multiple inversions. After seeing the teaser trailers, coaster fans are debating whether or not the new ride will be a dueling coaster. Only time will tell.. and that time is getting really close!

Aside from the actual coaster rehab taking place, we expect an over-haul of Frontier Town and the Frontier Town Trail starting towards the end of the 2017 season. This make-over could create some spectacular new views of the ride and the park. But don’t get too excited, there’s no official word on the Frontier Town make-over just yet.

Are you excited to see what’s in store for Mean Streak? What’s your thoughts on Frontier Town? Let us know on our socials! 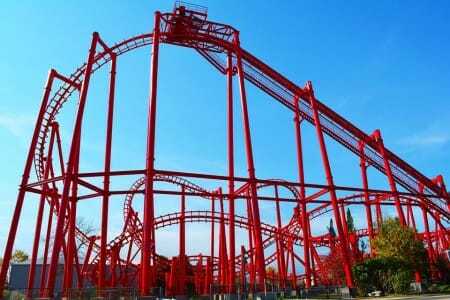 T3 – Terror to the Third Power at Kentucky kingdom

There’s farm fresh fun for everyone coming to Knott’s Berry[...] 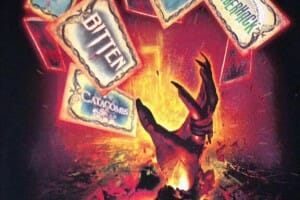 Can You Survive Busch Garden’s Howl-O-Scream?

Busch Gardens Virginia's Howl-O-Scream is back and better than ever[...]

Half Pipe is a fun Intamin half pipe coaster at @e