German based Gerstlauer Amusement Rides, will be manufacturing the new coaster that will capitalize on Glenwood Caverns’ unique mountaintop location and provide new ways to experience its spectacular vistas. “Defiance” will straddle Iron Mountain, over 1,300 feet above the town and the Colorado River.

“We thought this would be out of our league,” says Nancy Heard, the park’s general manager, referring to the extreme coaster. “And it is a bit of a stretch. But the view will be absolutely phenomenal. And the drop will take your breath away.”

Earlier this year, enthusiasts in the Amusement Park Community facebook group (join here), were theorizing where a record-breaking coaster from Gerstlauer would be constructed next. Many speculated Cedar Point would be that location. But, after being first reported by USA Today’s Arthur Levine, Glenwood Caverns Adventure Park will be the birthplace for this new ride.

According to Gerstlauer, Defiance will begin with a 75-foot vertical lift hill and momentarily slow to a crawl at its apex for what it has dubbed a “panorama stall.” Because this will be in Colorado, riders will really be up there where the air is rare — at 7,132 feet above sea level.

The key word to the whole description is apparently, “freefall.” As Gerald Ryan, technical manager at Ride Entertainment, the company that will be installing the coaster, explains, most beyond-vertical coasters include either holding brakes to stop the train or trim brakes to slow it down. Defiance, however, will be a “true, gravity-driven freefall drop,” he says.

Guests will be suspended at the top of the mountain in 8-passenger trains, looking down at Glenwood Springs, being secured into the ride by only a lap bar — offering maximum freedom during the ride.

After dropping in and traveling at speeds up to 56 mph, passengers will brave a “twisted top hat” that will invert them before sending the train racing in a different direction, a “banana roll” that will flip them yet again, and a final “zero-G roll” that will toss them while simultaneously sending them rising through the element. Less than a minute after they began their mountaintop journey, riders will return to the station.

“This is a once-in-a-lifetime location,” says Ed Hiller, CEO of Ride Entertainment. Installing the coaster may pose some extreme challenges. Glenwood Caverns visitors park their vehicles at the base of the mountain and ride in a ski-lift type gondola to its summit. To access the park, service vehicles climb a narrow, steep, dirt road that includes several switchbacks. Just getting the equipment, track, and other materials to the top of Iron Mountain will require lots of planning and deft handling.

Gerstlauer provided a virtual preview of the proposed ride.

The ride install will offer many unique challenges. In addition to delivery concerns, Ride Entertainment will have to contend with the site’s hilly terrain as well as likely snow, ice, and wind during the installation, which is scheduled to begin in the early spring 2022. 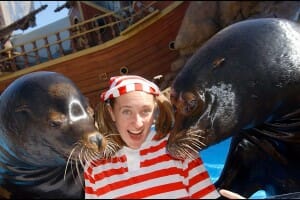 On Monday, guests from all over flocked to Disney California[...] 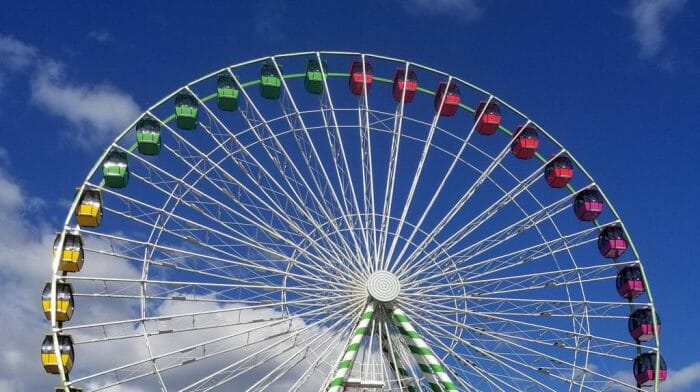 Cincinnati's Coney Island plans to wow guests with the largest[...]