It’s that time of the year again! Cedar Point has released their annual holiday video filled with a lot of seasons greetings! This year they sung along and danced to Happy Holiday!

But one thing caught our eye at the 1:30 mark of the video.. the camera pointed to a laptop screen with the words “CLASSIFIED DOCUMENT 2018 Capital Plan Enclosed – Prepared by Richard Michael Crosby” 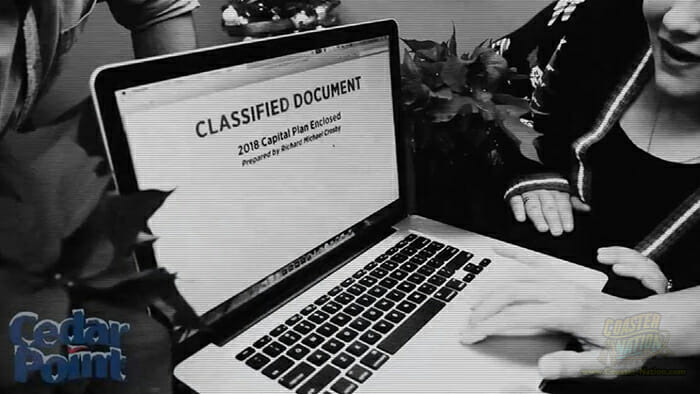 Back in September, during Mean Streaks “Last Rites” ceremony, the funeral coordinator’s name was Richard Michael Crosby. Many enthusiasts found it suspicious that his initials spell out RMC (Rocky Mountain Construction) a company that re-works old wooden coasters and makes them bigger and better.

Then, during Halloweekends, we took a ride past the construction site to find even more RMC clues.

In recent months, it looks like Mean Streak becoming an RMC coaster is a very good possibility, with footer markings and only the main track being removed. Although nothing has been officially announced, RMC track (or what Cedar Point’s PR Director Tony Clark calls it, supports to hold up the remaining structure) has begun to take place as seen during this years Ride Warriors Club Holiday Party. Not sure who is responsible for the photo below, but it’s the most recent we’ve seen floating around the interwebs. It may have even been purposely leaked by the park, we have no idea. 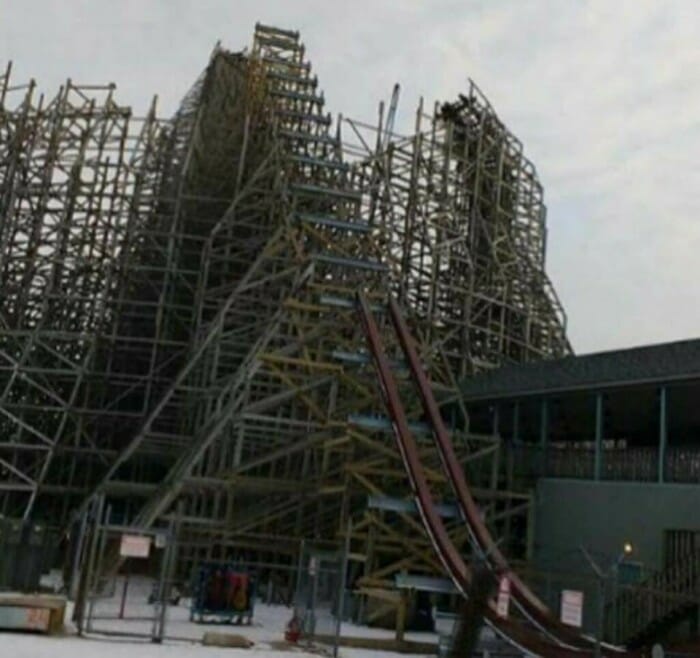 For the 2017 season, Cedar Point is upgrading their water park and renaming it Cedar Point Shores. This makes even more sense for the RMC project to be for their 2018 season. As always, nothing is official… until it’s park official 😉

On August 14th, Kings Island will be hosting "Kicks Cancer[...] 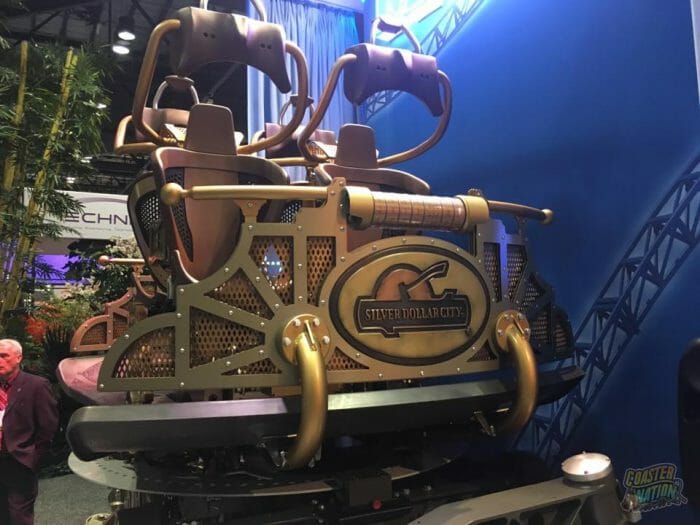 With the ongoing testing of Time Traveler, coaster lovers have eagerly[...] 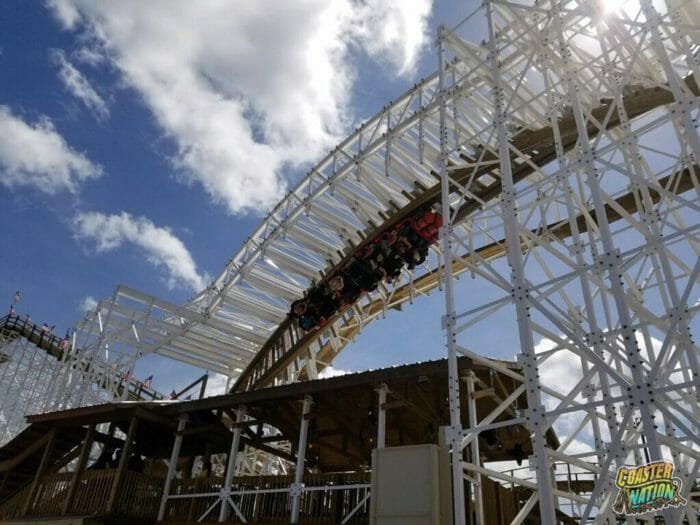 Today, Mine Blower opened at Fun Spot America in Kissimmee,[...]