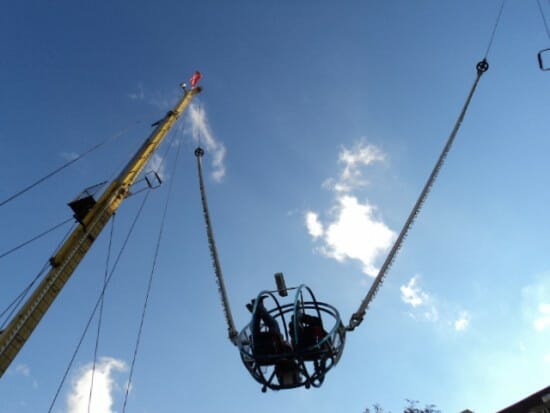 Sure we all have wondered “what if” on that big roller coaster, or “what if” on that bungee cable… Well, that “what if” became a reality for some unlucky guests at an amusement park in France. The video shows every theme park or carnival visitor’s nightmare. Everything was going smoothly until one of the bungee cords on […]

Chicago Frights Haunt & Halloween Expo is taking place THIS WEEKEND! If you plan on attending, make your last minute travel arrangements now! But hurry, there’s only a few rooms left! The creative folks behind HAuNTcon have created the industries newest scary convention called Chicago Frights! Open to the general public, Chicago Frights is a […] 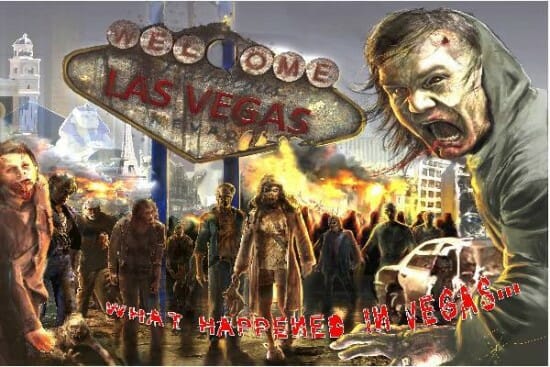 Las Vegas is known for casinos, huge hotels, and some of the world’s best shows, attractions, and of course.. roller coasters! Looking for something unique / horror inspired next time you visit Vegas? Combat Zone Paintball Las Vegas has opened a themed zombie event called “The Zombie Apocalypse Experience“, which offers an “interactive recreation” of what could happen in the event […]

For almost two decades, composers Edward Douglas and Gavin Goszka have been known as Midnight Syndicate, creating symphonic soundtracks to imaginary films and haunted attractions around the world that facilitate a transcendental and adventurous escape into the secret dimensions of the mind’s eye. Today, Midnight Syndicate has announced that their eighteenth album will have a […] 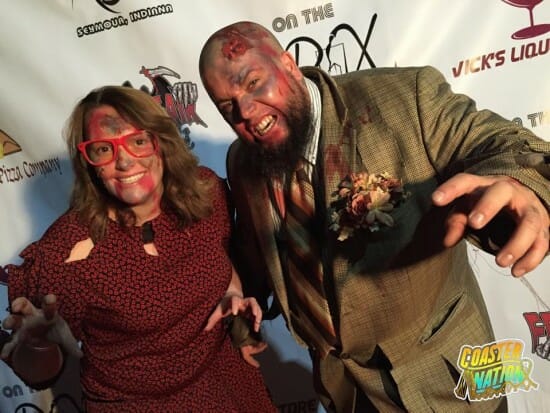 It’s no secret that we LOVE covering horror and Halloween inspired events! Over the weekend Fear Fair; Indiana’s Scariest Haunted House hosted their first annual Zombie Prom in Seymour Indiana! We attended this incredible event first hand to to get the full experience. The costumes were great, the party was a blast, the drink specials were unique, […] 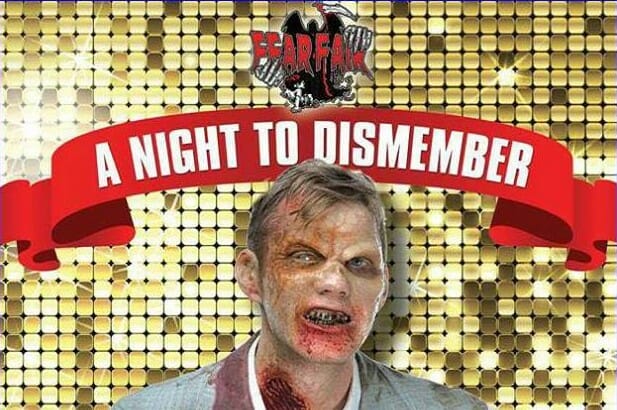 We love nothing more than off-season haunt / zombie events! Fear Fair; Indiana’s Scariest Haunted House is hosting their first annual Zombie Prom in Seymour Indiana Saturday, April 11th. Get ready to party in costume, walk the blood red carpet in your finest rotted attire, and dance til you’re dead at this first annual event! Of all […] 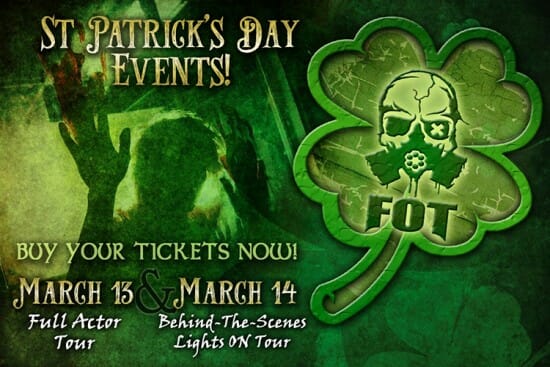 St Patrick’s Day is all about the Irish, Green Beer, parades, and…. haunted houses? Yes, you read that correct.. More and more haunted attractions around the world are opening for off season events. Majority of those off season events are themed around holidays. The Factory of Terror in Canton, Ohio is continuing that tradition by […]

Dark Hour Haunted House in Plano, Texas wrapped up the Halloween season by prepping for a holiday event called “Wreck the Halls” last December. Just like many haunts, Dark Hour also offered up Valentine’s Day thrills with a lights out style show, and as an added bonus guests could purchase a “Fine Food & Frights” ticket which […]

On Friday, February 13th, Factory of Terror Haunted Attraction in Canton, Ohio opened it’s doors for a special Friday The 13th / Valentine’s event. We were there to check out everything the “World’s Longest Haunted House” had to offer! Continuing their tradition of opening for every Friday the 13th, FOT hosted yet another successful evening of haunted entertainment, this time  called […]

Have you ever been to that big amusement park in Sandusky, Ohio and it started raining? You may think that your day is now ruined. But wait, you’re wrong! Head on over to Ghostly Manor Thrill Center, just minutes from Cedar Point, and enjoy the rest of your day indoors and out of the rain. […]